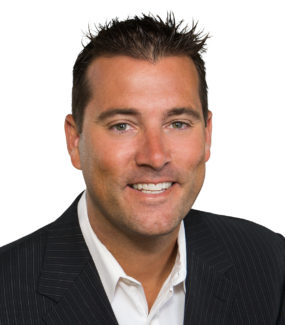 Armed with an engaging smile and friendly manner Brock Berry quickly sets his clients at ease and guides both buyer and seller through even the most challenging transactions.

Berry was bitten by the luxury home market bug in early 2000 while working for a venture capital executive in Incline Village, Nevada. By 2005, Berry had his degree in Business from the University of Idaho (2002) and had earned his real estate license. After settling in the Coachella Valley, Berry launched his career as a real estate agent and mortgage officer where he quickly came up through the ranks. After being mentored by friend and fellow hockey player Doug Balog, he joined the Balog Group in February of 2011 where he specializes in handling investment and second home properties, and new home transactions for younger families.

Berry, a 2002 graduate of the University of Idaho with a degree in Business was also starred as a Division 1 tennis star at the University. When he’s not at work, Brock enjoys participating in two of his greatest passions: fishing and tennis, inspired by his mother, Lynn who introduced and coached him in both tennis and fishing. His father, Bob, is the legendary former NHL all-star hockey player and coach for the Kings, the Canadians, the Penguins, the Blues and the Sharks, and instilled a love of hockey in Brock at an early age.

Brock and his wife Alexis, spend their free time raising their son and traveling.